800-strong years ago, in 1187, a samurai warrior named Minamoto Yoshitsune, his companion Benkei and their party, were passing by the Semi Onsen hot springs on their way to Hiraizumi in Iwate, pursued by the forces of his brother, Yoritomo. At that time, Yoshitsune's pregnant wife, Kitanokata, suddenly began to feel labour pains, and Kamewakamaru was born.

Benkei went down the mountain in pursuit of water for the newborn's first bath, and discovered columns of steam rising from beneath rocks. He dug down into the ground using his naginata (bladed pole weapon), and thermal waters gushed out, according to Gikeiki (The Chronicle of Yoshitsune). Since then, these top quality waters have been flowing from the spring, continuously, for over 800 years. Many historical sites and attractions in association with Yoshitsune and Benkei are lovingly preserved in Semi Onsen. 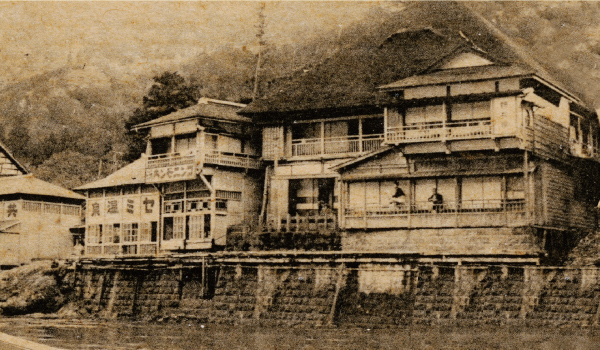 Kansyokan dates from the Edo Period (17th–19th centuries), when Semi Onsen flourished as a spa retreat for the feudal lord of Tozawa-han (a feudal territory that is now Shinjo City). The quality waters later earned a high reputation, and Semi Onsen developed as a spot for hot-spring cures. At Kansyokan, we have had the honour and privilege of welcoming the members of the Imperial Family as guests: the Crown Prince and Princess in 1972, who later returned as Emperor and Empress in 2002; and Prince and Princess Akishino in 2004.

Located at the foot of the Ou Mountains, on the banks of the Oguni River, the Semi Onsen area is not only a great spot for catching sweet fish, but also retains the atmosphere of a traditional spa town. You will find that the sights of the surrounding mountains changing with the seasons and the sounds of the Oguni River, instantly wash away the stress of your busy life. 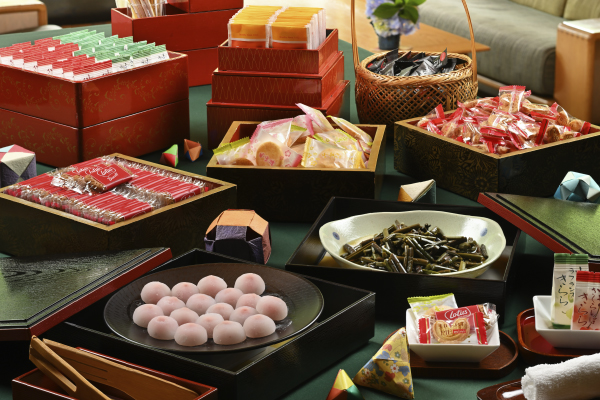 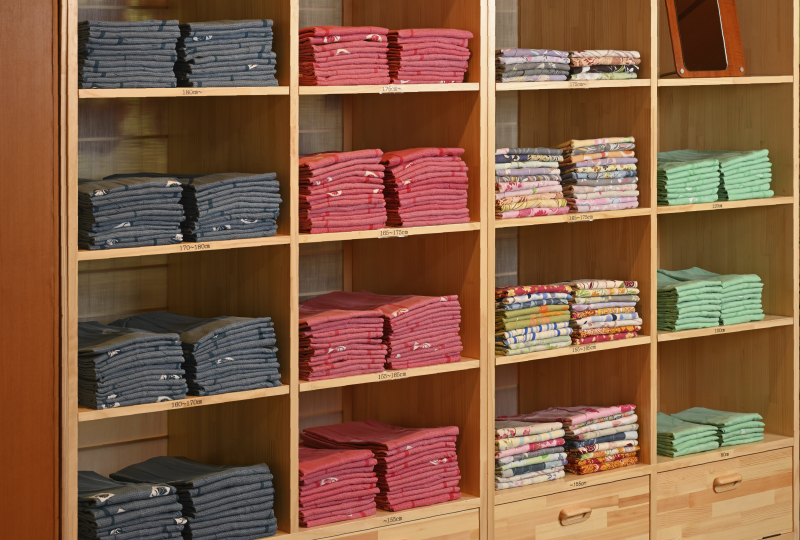 After being ushered into your room, enjoy our welcome treat including sweet dumplings, snacks, soy-sauce pickled bracken, and even Mogami-produced nigori (cloudy) sake. Have a break and relieve your travel fatigue.

Seasonal sweets, pickles and hot drinks are prepared for free at the welcome corner of the lobby lounge, so please feel free to use them. Have a break and relieve your travel fatigue. (Self-service / 15:00-22:00) Yukata is also available in the lobby. You can choose your favorite color, pattern, size, etc. and bring it to your room. 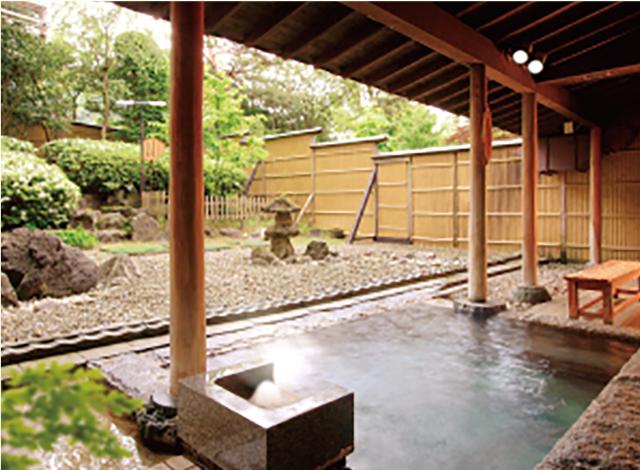 One of the highlights of your onsen trip is to bathe in an open-air bath before dusk. Once you have soaked for a while with your eyes closed, you may find it soothing. The hot spring waters will warm your body up from the inside and leave you with moments of joy. 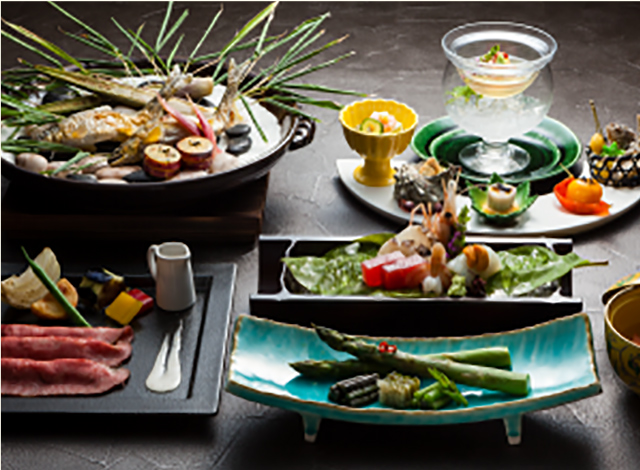 Gorge yourself on a feast lovingly prepared by our head chef using Yamagata produce. Let us know if you have any dietary requirements. We will do our best to accommodate your needs. 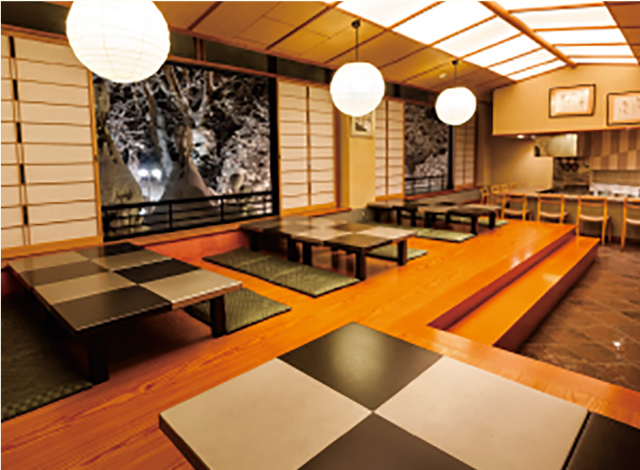 Have another soak in the bath or a drink or two at Izakaya Benkei. Relax and pamper yourself as you please. 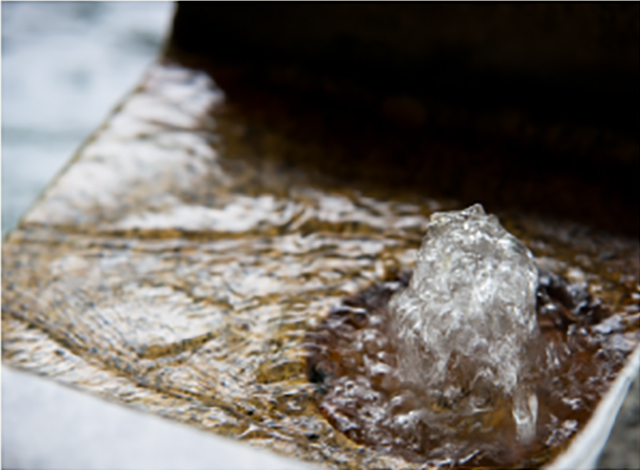 Sit in a pool of thermal mineral waters in the morning and charge your batteries for the day. Listen to the sounds of nature, and start another relaxing day. 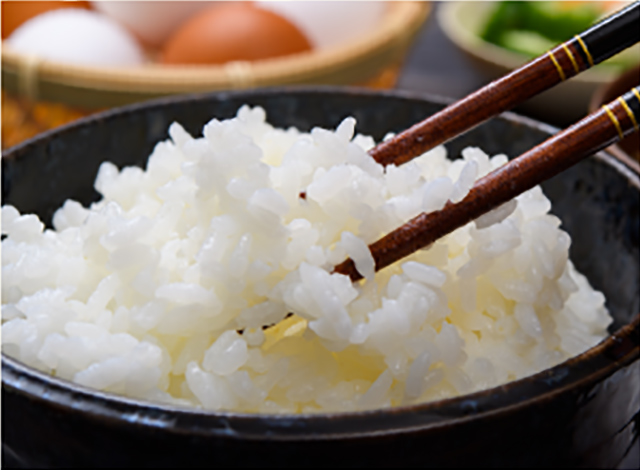 At Kansyokan we believe in sourcing ingredients, including rice, miso (soybean paste) and soy sauce, from local suppliers. Enjoy our breakfast buffet with 40 items to your heart's content. 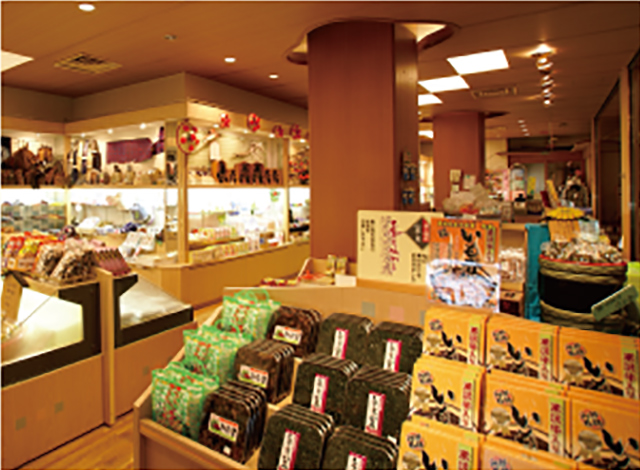 Drop by our gift shop for a variety of souvenirs unique to Yamagata. Explore the legendary spots and historic sites of the neighbourhood associated with the tragic samurai Yoshitsune. You are welcome to leave your car with us and enjoy a stroll along nature trails, too, either before or after check-out.

When you book directly via our website, you will be rewarded with the following exclusive benefits.
Take advantage of direct booking! 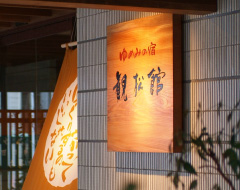 Your check-in and check-out time will be 2:00 pm and 11:00 am respectively. Enjoy the advantage of extra hours, and make the most of your stay at the Semi Onsen hot springs.